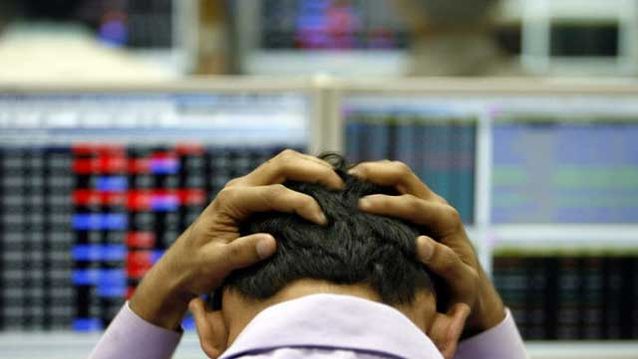 The first two months of this year have already proven to be more dramatic and inspiring than anything that we have seen in the past twelve.

Last year, the stock market struggled for prolonged periods and particularly in the second half, where there was very little positivity to be taken from it. In fact, over the Christmas Period the UK leading equity index, the FTSE 100, plummeted to below 6,500 which sent investors into a panic. At the same time our American counterparts, the Dow Jones and S&P 500 indices, both fell by an unprecedented 9% in the month of December alone.

However, and whilst many analysts expected the equity markets to self-detonate in January, the global stock markets have pulled off a miraculous recovery. So miraculous in fact, that the main US market indices recovered by 8% in the month of January alone. That is the first time in 30 years that we have seen such a dramatic turnaround. The same meteoric-led recovery has simultaneously been witnessed closer to home in the UK with the FTSE100 now towering above 7,200.

The sharp increases in equity valuations are even more surprising given the fact that these highly unlikely recoveries have coincided with some of the most challenging events to face both the US and the UK in the best part of a decade.

The US has deep structural issues that have yet to be resolved, is facing a Federal employee revolt that shut government agencies down across the country for several weeks, and most recently posted their worst set of retail sales, suggesting that consumer spending which provides 70% of Gross Domestic Product (GDP) and which is the backbone of the US economy, is now failing. Add to that the ongoing US-China trade relations fiasco, a Federal Reserve unable to print more money or cut interest rates, no more tax cut bullets left in the chamber, and a looming 2020 election, and it all flies in the face of what we are currently witnessing.

Closer to home there is just one word that is dominating the news which is of course ‘Brexit’, and nobody needs reminding of how well that is going(!)

So here is the ultimate question.

Is this unlikely market recovery the start of another bull run or is it a dead cat bounce? Irrespective of which of these two scenarios eventually plays out in 2019, there are 3 compelling mistakes that investors need to avoid making.

The first and most common mistake is not to have any hedging or insurance strategy in place. After all, most reasonable people would agree that nobody really knows what the stock market might do next week, let alone what it might do by the end of the year. The only thing that we can be very certain of is that there will be significant bouts of uncertainty. That’s why a strategy to incorporate ‘capital preservation’ is the single most important thing that investors can do right now and should form the main component of any share portfolio. It is only after this fundamental building block has been adequately secured that income should be considered and only after then should the words ‘capital growth’ even be muttered.

And it’s not that difficult. Despite what some of the professionals may want to promote, protecting a portfolio from the next stock market crash is considerably easier than one might think. It’s therefore all the more baffling why investors who claim that they don’t want to lose money, are not spending time protecting what they have first and foremost.

The second biggest mistake will be for investors to be attracted into taking the bait from the highest dividend paying companies. We all need to remember that a business that is priced at such a discount price to its true market value, such that its dividend yield is say 10%, can only mean one of two things.

It either means that the free market of demand and supply has completely mis-priced the company and buying the share is one of the best steals of the year or that the company is likely to cut its dividend. Whilst the former scenario can and does take place, it’s not usually wise to bet against the market.

And remember that if the company does cut its dividend then the repercussions would be felt far and wide. Not only do you lose the dividend but you will also see a significant drop in capital value which means that it could take years to recover your loss and you are stuck in a horrible no-win situation – low income, and a significant loss-making position if you sold.

The third and arguably biggest mistake of them all is failing to capitalise on the opportunities that present themselves this year. We have already seen a small glimpse of the incredible price deviations that even blue-chip FTSE100 companies have been able to offer investors willing to look for opportunity. For example, Taylor Wimpey, Barratt Development, Persimmon and many other housebuilders have increased by more than 20% since before Christmas and when Brexit rears its ugly head again it’s possible that they will fall just as fast. There lies just one opportunity and there are countless others.

The good news is that there is also very little competition in this space because most private investors remain staunch ‘buy and hold’ strategists, and so prices will tend to move up and down because of dividend yield and corporate earnings, which is a lot easier to predict than the irrational human emotions of fear and greed.

Whatever happens in 2019, and even if it is an eventful year full of shock and surprise, which I think it will be, at least now you know the 3 biggest mistakes to avoid.

The views in this document are the opinion of the author. This document should not be construed as investment advice or as a solicitation to act on the information it contains. All investments involve risk and you should seek independent financial advice before proceeding with any strategy.