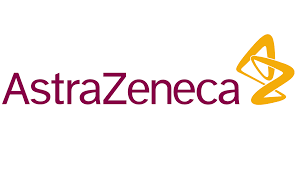 AstraZeneca is a biopharmaceutical company. The Company focuses on discovery and development of products, which are then manufactured, marketed and sold. The Company focuses on three main therapy areas: Oncology, Cardiovascular & Metabolic Disease (CVMD) and Respiratory, while selectively pursuing therapies in Autoimmunity, Infection and Neuroscience.

AstraZeneca announced top-line results from the pooled cardiovascular safety analyses of the global phase 3 programme for roxadustat, which its described as a first-in-class hypoxia-inducible-factor prolyl hydroxylase inhibitor. The pharmaceuticals giant said the global pivotal phase 3 trials evaluated roxadustat for treatment of anaemia in patients with chronic kidney disease across the non-dialysis-dependent, incident dialysis, and stable dialysis patient groups. It said the pooled cardiovascular safety assessments of roxadustat were part of the overall benefit and risk assessment that would inform discussions with regulatory authorities.

One of the key cardiovascular safety endpoints was major adverse cardiovascular events (MACE), evaluating a composite of all-cause mortality, stroke and myocardial infarction in pooled analyses comparing roxadustat against placebo in non-dialysis dependent and compared to epoetin alfa in dialysis-dependent patients.

AstraZeneca and FibroGen said they would begin discussions with the US Food and Drug Administration (FDA) to prepare for regulatory submission, which was anticipated in the second half of 2019. Roxadustat was currently approved in China for the treatment of patients with anaemia in dialysis-dependent chronic kidney disease.

The directors have recently been buying large volumes of shares in the pharmaceutical giant, as detailed below:

Pascal Soriot was appointed chief executive in 2012 in an attempt to turn around the company’s declining fortunes caused by the expiry of key patents and the resulting rise in competition from generic alternatives. He got rid of a lot of the company’s marginal non-core business, and focused all its efforts on what matters most — the drug pipeline. Drug development is a long and expensive process, and it was always going to take some years for any positive effect on bottom-line earnings. But pipeline research soon stacked up, and the new drugs started inching their ways to profitability.

The latest is Friday’s news of the approval by the FDA of AstraZeneca’s Qternmet XR extended release tablets for the treatment of type-2 diabetes. The new medication, a combination of dapagliflozin, saxagliptin and metformin hydrochloride, is targeting a disease of affluence — and that’s got to be a booming part of the future pharmaceuticals market, and a very smart segment on which to spend a company’s research cash.

In the past couple of months, we’ve seen European Commission approval for Forxiga (dapagliflozin) for type-1 diabetes, and for Lynparza (olaparib), a breast cancer treatment. And the company’s potential new medicine selumetinib, aimed at paediatric neurofibromatosis, has been granted an FDA Breakthrough Therapy Designation.

Forecasts suggest a 22% rise in earnings per share for 2020, which would drop the P/E to 18.5, and that’ll be adding impetus to the share price rise. But it’s maybe still a bit high, dividend yields are down to 3.5%, and we’ve had false starts before. We still see AstraZeneca as a solid long-term investment, but right now we’re cautious about a valuation that’s possibly overheating.