Making Money in the Green Revolution 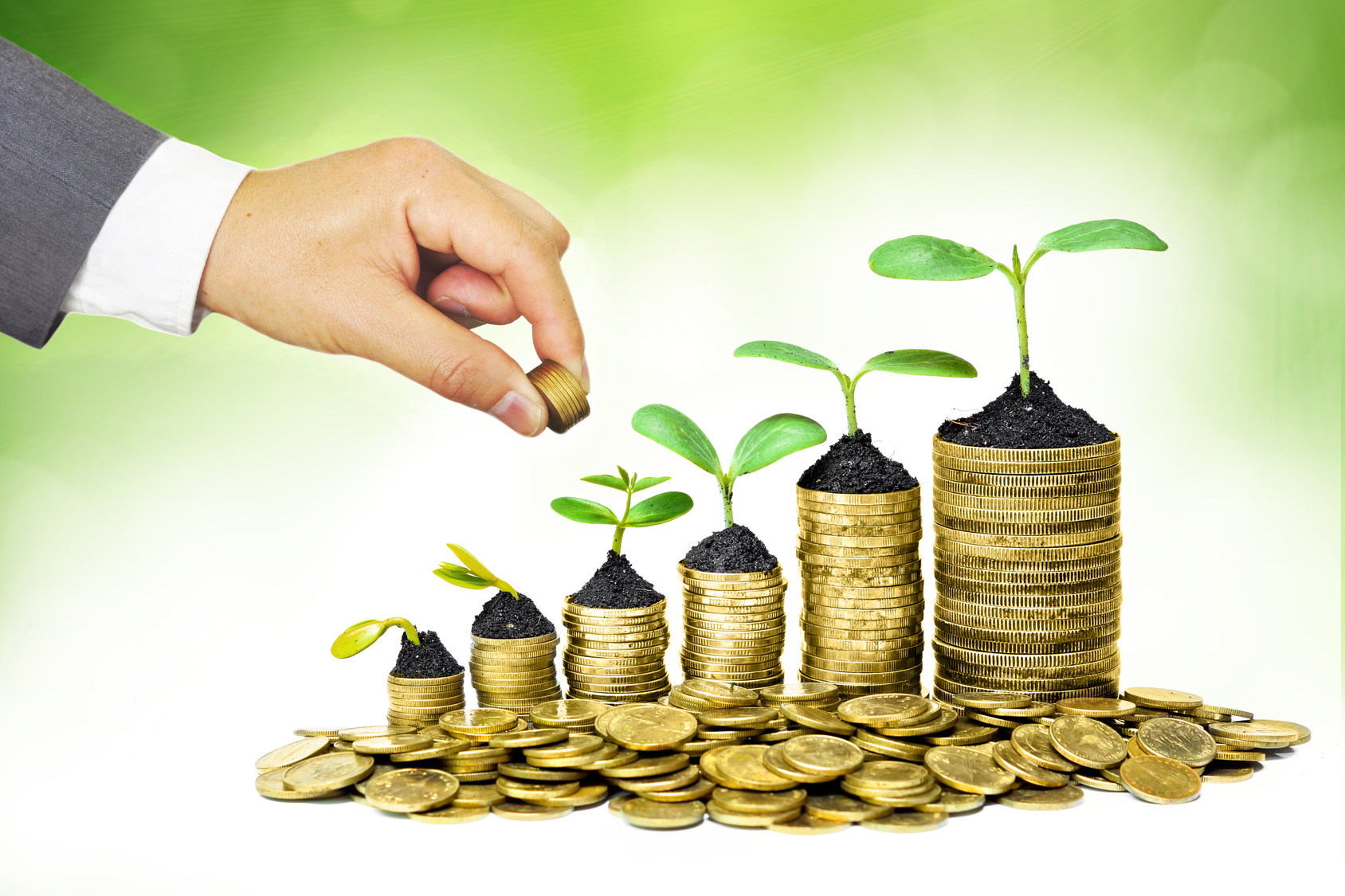 Making Money in the Green Revolution

In the capitalist world in which we all live, society has become used to the importance of money for our survival. However, despite the obvious benefits that it brings, ‘money’ remains one of those odd instruments which continues to attract more hate than it does love. The mere mention of money is usually met by some people with either embarrassment or in some extreme cases, disgust.

We don’t want to talk about it, we don’t want others to think that we care about it, and worst of all we pretend that it doesn’t make the world go ‘round.

It does – Money does make the world go ‘round. And we do think about it and we do care about it – and we should.

This doesn’t mean that it should be the only thing that we think or care about and certainly it’s not the most important thing in the world, but make no mistake, if you don’t understand or pay attention to money, then you onto a hiding for nothing. Your life can never really be fulfilled because you will never be able to experience the things in life that you deserve. But that’s not the worst thing.

The worst thing is that you can’t help anybody else. That’s what money is really for. It’s to help others and to make the world a better place. And you can only do that with money unfortunately. Sure, you can smile and say hello to a stranger, or help an old man cross the street, or stop to listen to the plight of a homeless person and all of these things are important.

But you can forget about trying to have a real impact in the world where you change people’s lives. Unless you are willing to give up everything that you have, move to an orphanage in India, and dedicate your life to helping the sick and needy like Mother Teresa, the truth is that you will have zero impact in society or in helping to make the world a better place. The harsh truth is that without money you’re not going to be able to care of yourself, let alone anybody else.

Don’t think that money doesn’t help, it does, especially if it’s in the right hands.

But as an investor knowing that, doesn’t make it any easier. You are always going to be tarred with the ‘arrogant, selfish, self-centred’ brush if you try and make money. That’s why investors keep their money and their investing to themselves, like an unwritten rule. We don’t like to talk about it.

But what if investing changed and the way we thought about investing was something to be proud of? What if we could invest and make a difference in the world, not just from the money that we could make for ourselves but by the mere act of investing?

Wouldn’t that be brilliant?

Well, now we can. Because the whole face of investing is about to change. As investors we don’t need to hide our faces in shame but we can walk tall and proud. That’s because there is a new revolution in the form of green energy investing.

We all know that for too many decades the human race has been too selfish to see the damage that we were causing to our own home, planet Earth. The pursuit and greed of the oil and gas companies in particular has been largely responsible for this devastation – the burning of fossil fuels has led to unprecedented climate change that we have never witnessed since the beginning of time but now it’s here and very real.

And yes, one could fairly argue that the pursuit of profit was at the heart of this but that shouldn’t be confused with saying that ‘money’ is to blame. Money is just the vehicle and like all vehicles it’s the driver that is to blame.

But now we can all take a stance to correct the wrongs of yesterday and use money in a good way. We can use our money to invest in and support those companies and industries that do things the right way, that help to make our world a cleaner, greener and healthier place for our children and our children’s children.

And in the process, yes, we can also make money by doing so.

In 2012 the UK Government was pushed into making a change and announced that it would set a target to reduce the cost of electricity from offshore wind to £100 per megawatt hour (MWh). At the time the cost was sitting at £117 per MWh.

Have a guess what it is today. It’s less than £40 per MWh and going lower.

Offshore wind is the future and whilst solar and onshore wind should not be ignored, the UK‘s North Sea has the distinct advantage of shallow waters and high wind speeds. With the current capacity at 8.5W, offshore wind now provide around 9% of the country’s annual electricity needs.

With increased pressure coming directly to bear on the Government, things are beginning to pick up. The UK is targeting 30GW of offshore wind capacity by 2030 but this could be extended to 35GW or even 40GW.

The low auction prices are also likely to mean one thing – that it won’t be too long until the electricity being generated from new offshore wind farms will be cheaper than the exiting gas-fired power stations. And that’s where the opportunity comes in.

It’s hard to comprehend the size of this opportunity, the sheer mass of the difference that collectively we can now make. There is a movement happening right now, in every city, in every town, in every village. What began as a whisper, and turned into a conversation, which led into debate and climaxed into countless arguments is now moving into action, real tangible action.

But this is just the beginning.

What we are going to see in the new energy revolution is a transformation from the old to the new. Society will rid itself of the old, antiquated, selfish industries that have for too long ripped off the world for its own reasons and by doing so given ‘money’ a bad name.

Now it’s time for us all to restore the reputation and all that is good about ‘money’ and how investment and money can be used to make the world a better and cleaner place.

Just as we see retail companies today being forced to either adapt or die in the face of the explosion of the internet, so too will we see energy companies do the same. Those that adapt have a chance of survival, of prospering even but the rest will disappear.

SSE is one example of an old dog trying to learn new tricks. It’s not easy but it can be done. Its generation capacity in offshore wind has risen by nearly 70% to 580MW and its on course to become one of the world’s largest offshore wind developments. As a result, SSE looks in a great position to take full advantage of the increasing decarbonisation of the UK’s electricity generation.

But an old dog learning new tricks is still an old dog. What is more exciting are the new companies that are coming into the market place, the ones without the baggage or the history. They may not be as established but that is one of their strengths, the ability to move quickly.

Because speed is everything in an industry that is literally being rewritten as communities speak, and as you read this. And of course, it’s just not oil and gas companies that are being driven out of town by the new sheriff.

Coal is also dying a painful death. In fact, the truth is that it’s been dead for a long time, now it’s just becoming official. You only have to see companies like Drax being forced to convert two-thirds of its Selby plant to biomass to know that that particular ship has sailed too.

Natural gas is also not likely to find any salvation although until renewable energies can be fully relied upon, there is likely to be some form of electricity combination where gas may have some role to play. In a similar way we will also be relying on nuclear power (which currently provides 20% of our total electricity) but both of these are temporary and limited roles that you shouldn’t be relying on. This is just for a while.

The green revolution, the real revolution begins now. It’s not too late, in fact it’s barely even begun. The changes and the technological advancements that we will witness in the next decade will surpass anything that the think tanks and advisors are currently considering.

That’s because political opinion from the people is now changing in a huge way. Climate change isn’t just something that is being championed by that slightly odd-looking person who looks like your old Geography teacher, likes to wear flowery shirts and loves to hug trees.

It’s already become mainstream and the real dangers and risks of climate change haven’t even begun to hurt us yet. Wait until it does. We have no idea how bad this is going to get and when it does, we will see such a shift in political momentum that it will become an unstoppable train. It will dominate every strategy and policy of every political party.

And what’s it going to take to fix this huge man-made problem that risks the very survival of our species?

Yes, you guessed it, money.

It’s time to really put our money where our mouth is.