Is Countrywide worth buying for your portfolio? 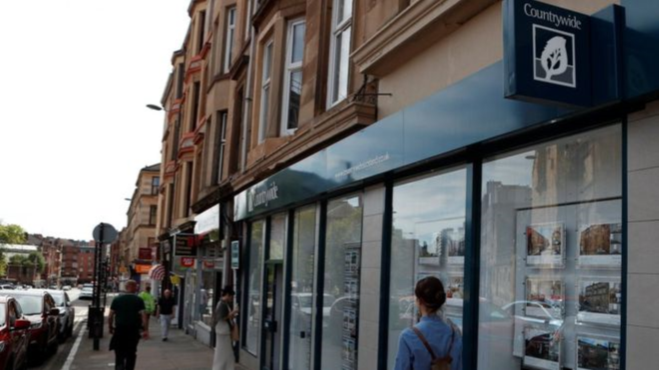 As we can see the price of Countrywide on a 52-week basis is a disgrace, at approximately 95% collapse in the stock price. Inept management, massive dilutive share placings, short interest and generally poor trading conditions have led to Countrywide’s less than encouraging share price. The company exhibits traits shared with some of history’s very worst recent examples of shares such as Debenhams, Flybe and Carillion. It is a very familiar story of too much debt, too thin profit margins and finally, the lethal catalyst of deteriorating trading conditions. The company frequently posts trading updates citing declining sales based on the now well heard of and overused “Brexit uncertainty” model. The board are currently still taking big salaries thanks largely to the private investors funding their day to day operations. Still, for the train wreck of a company that is Countrywide, we will take a brief look to see if there is anything salvageable. The company is now trading at a record low and there are two important factors to consider: the company has a lower than historic debt to equity ratio of 0.4 and debt to capital ratio of 0.28 which is a good sign, as they will be less burdened going forward with debt interest.

The company has also a negative tangible book value per share, which is not a good sign for the shareholder in the event of liquidation.

As we see in the chart above, the top equity holder is Oaktree Capital, which holds 18% of the stock. Upon closer inspection we can see that Oaktree Capitals dealings with Countrywide go back to 2008, when they built a stake of more than 34 per cent in the company’s secured bonds, becoming one of Countrywide’s biggest creditors in an attempt to control any debt restructuring. Oaktree then proceeded to convert them to an equity stake in a recapitalisation of the group. They at one point had as much as 30% ownership, and they are unlikely to write off
the 18% held easily. The group’s cash position is poor, with around 17million in cash and 88million in trade receivables that could be impaired and a very large percentage as intangible good will. Companies with larger amounts of goodwill will normally do badly in difficult times, as their brand value falls.

Countrywide has essentially little or no real assets, and still large amounts of debt. Tenant fees bans came into place on 1st June 2019 that will reduce profitability further, also the company has made the market aware that the H1 EBITA will be less than expected.

The company has adopted a turnaround strategy that looks to be not working. They may start to sell the saleable parts of the business, the key brand names that will go to interested parties and start culling further unprofitable ones. The real risk here is equity dilution, the company hasn’t got much cash therefore they may try pay down their 70million plus in debt by a further debt to equity swap, this will issue new shares and dilute existing holders. To top it all off the company has recently been fined around 200k by HMRC for breach of anti-money laundering regulations.
It looks to be a downhill run for the company, though the short tracker does not show any notifiable short interest which is at odds with the demise of companies in similar situations in the past such as Carillion or Debenhams.

The company should be treated no longer like a semi-blue-chip, but more like an AIM company, offering more of  high-risk high reward. On that basis, a small punt may be worthwhile, but it is likely that the company gets broken up, or succumbs to its debts. A good entry would be any large fall from here based on a further capital raise, trying to time the temporary rise is
difficult. Failing that, an investor with a higher tolerance to risk may wish to look at the stock now, at present levels. A strategy would be to short Countrywide using CFDs, the possibility of this going to 2p or even 1p is very real. IA CFD short on the company Rightmove is merited at the current level, with the market cap of 5.5billion and trading on 200m revenues, it is surprising that the company hasn’t faced much stock underperformance of late.

The company RightMove 2018 earnings were 267 million, now this compared to Countrywide’s 627 million is far lower, but somehow Countrywide still managed to make a 218 million loss for the year. The figures almost do not make sense, but if somebody asked which company had 627 million revenue and which one had the 218 million, the 4p stock or the £5 stock, most people would guess incorrectly. Rightmove does have a few things going for it, as it has zero debt and holds more cash that Countrywide, so the balance sheet is far healthier. But Rightmove could be the right time to short, and Countrywide may be a high risk punt.