IPO, Pie in the Sky Valuations 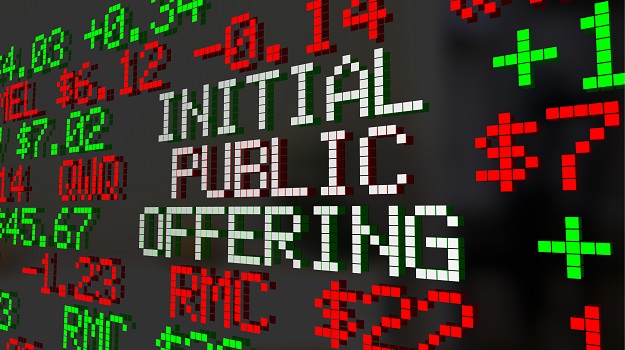 I would hazard a guess that it’s probably been about two years since I first had the idea that I should write a book, but little did I know then how painfully slow it would be to write one. For somebody who typically likes to spend more time executing than planning, it’s been quite frustrating. However, if we are to believe that ‘good things come to those who wait’, I am hoping for something fantastic because I have been incredibly patient.

In truth, the problem is not with the book but with me because I am constantly finding new things to put into it. The book is called “The 13 Insider Trading Secrets that will blow your mind” and although it was intended to be a trading strategy book it soon became an expose on the scams that go in the City.

As a result, I have to be incredibly careful about the names that I disclose or the companies that I shame, for fear of either being killed or sued, depending on who I have upset and how badly. Furthermore, and having had no formal training to write a book, having no contacts within the literary world and having no accomplished author as a mentor, I have pretty much been required to muddle through it alone so I have no idea how it will read (although I certainly like it which is a good start).

This weekend I was finishing what I hoped will be the final version (don’t hold your breath, that’s not the first time that I have said that), when I decided to elaborate on one chapter. I call it ‘Pie in the Sky Valuation’ and it refers to the fact that most IPOs have unrealistic initial valuations which overly favour the issuing company at the detriment of the buyer.

James Bond mis-sold it to us all

Take luxury car maker Aston Martin for example. What a disaster that turned out to be. I was never a big fan of this company simply because I knew that its flotation price was made up more of British loyalty and goodwill than sensible valuation. I mean, do we honestly believe that Aston Martin would have got away with the IPO price that it did in any country other than this one?

Sure, it had the admirable aspiration to go toe to toe, or perhaps more accurately bumper to bumper, with Ferrari, but does anybody really think that this is an equitable comparison? Ferrari is a monster of a company, profitable, well run business with multiple income streams. Aston Martin on the other hand has filed for bankruptcy seven times in its 105year history and its most recent figures could only be described at best as if it was in stuck in 1st gear.

It’s not so much that I am concerned with the sales of the business. By all accounts the business is flying down the fast lane in this regard and in fact the company has nearly tripled its operating profits in the first data release since listing on the stock exchange. Demand has been particularly strong in China where the total number of cars sold jumped from 891 units to more than double that figure for the same period this year.

There is also good news on the cash flow front, with a 180-degree turnaround from a £50m cash outflow last year to a £19m cash inflow this year.

Debt will slow the performance

However, there is another, far bigger and more deep-seated problem to this business, which is the burdening load of debt that it has to carry. The firm’s net debt has risen by an alarming 12.5% since the 3rd quarter of last year to £523m. That is a red flag if ever I saw one and the mere fact that some analysts are trying to defend this number by stating that as a percentage of its cash profits, it has actually fallen (from 2.4 to just over 2), gives me even greater cause for alarm.

Numbers shouldn’t have to be justified in this way because the market will see the figures and make its own mind about what should be the true price. The moment that I hear that an analyst, investment banks or broker is trying to argue why a share price is not justified, that normally suggests to me that they have a position in the stock on their own trading book, and are either trying to talk up or down that stock. If they are holding a position then of course they would need to disclose that as a material interest in any case.

The other major concern that I have is with the type of debt that the car making company is holding. Most of this debt consists of senior secured notes with a maturity date of April 2020; that’s less than 18months away. With interest rates on the rise and an expectation that it will be difficult to refinance the debt anywhere else at a reasonable rate, you may find the company will struggle sooner rather than later.

There is also some confusion about whether Aston Martin is intentionally or otherwise underplaying its debt numbers by the way that it reports these figures. For example, it is quite unique in its approach in that it chooses to account for customer deposits (which are paid as down-payments for the final purchase). Some of the more forward-thinking analysts have suggested that this money should really be treated as debt because it is being used as working capital in the business and not in the way that the company currently accounts for it.

If that is the case then the true level of Aston Martin’s debt is probably closer to £800m which is more than 3 times the adjusted cash profits.

And dare we forget, we have Brexit just around the corner which will also take its toll.

From a trading perspective we also need to consider this. If it is such a wonderful stock why is it being so aggressively short-sold right now by traders, and what do they know that the rest of us don’t? The short sellers are usually not wrong and so close attention should be paid to what they are doing. Debenhams, Carillion and Mothercare are just three companies that I can name which were heavily short sold, long before they collapsed in price, and in the case of Carillion it went bust.

The harsh reality is that the Aston Martin IPO came to the market on the back of British loyalty and an excellent PR and marketing campaign. And that’s really what this is all about. Is the IPO market really rigged against the private investor and are the valuations overly optimistic?

Well I can’t say for sure but it appears to be that way and it would explain why the firm’s board had hoped to float the business for as much as £22.50, before accepting ‘just’ £18; it turns out that even that number was too high. Within less than 4 weeks those who had invested were already down by nearly 25% as the shares plummeted to less than £14.

And that’s my point. Sometimes it pays to be a little sceptical about these things and in my book, I explain in detail why IPO valuations are typically 10-30% above where they should come in at and what you can do to avoid this scandal.

I’m also going to be giving a number of free books away when it launches which will hopefully be quite soon. It will be retailing at exactly £13 (that’s correct not £12.99 much to my publisher’s disappointment) and so to reserve your FREE copy just email my team at info@londonstonesecurities.co.uk.

In total I will be giving away 100 free copies so email your request in now.