Eliminating inefficiency is the quickest way to improve returns 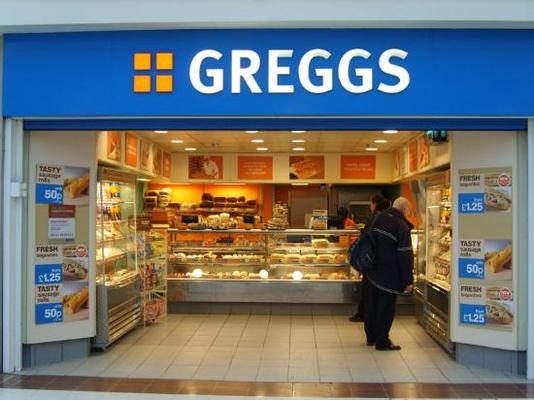 Last week I received an email from one of my traders telling me that I should speak to at all of my clients that were holding the bakery company, Greggs. Apparently, the company had gone up in price by 7% that morning and was looking particularly strong. Now, under normal circumstances I wouldn’t become too excited, after all, companies in the stock market are always going up and down – that’s completely normal.

However, on this occasion I decided to take a closer look and that was because I am very conscious of the fact that we are, in my opinion, at the start of a significant slow-down in equity pricing, not just here in the UK but across the globe.

Given that negative backdrop, it means that any companies which can somehow muster up enough buying interest from already very nervous investors, must be doing something right. In other words, a 7% jump in share price in an hour’s trading means a lot more to me today than it did say 12months ago, when everything seemed to be going up.

And when I looked further into Greggs I wasn’t disappointed. Their total Group sales increased by a hefty 9% like-for-like over the past two months, which not only beat the expectations of the City and previous management forecasts, but it also prompted for a revised and improved full-year adjusted pre-tax profit of £86m from £82m. These numbers look particularly impressive to me not just because of the overall slowdown in the stock market, but because of the poorly performing sector that it is operating within.

We all know that the high street is being absolutely hammered right now as fewer and fewer people visit town centres for their shopping. This in turn has led to the vacancy rate of shop outlets to stand at their highest level for almost two years and so the question that came to my mind was ‘what is Greggs doing that others were failing to do?’

Service with a Smile

A little further analysis from my team led me to find out what I think is the primary reason responsible for the increased sales. I mean, sure, selling more of your product or service to a paying client, is always good news for the business but more importantly an investor needs to pay attention to understanding how these increased sales came about. Was it through a particular marketing or advertising program or was it something else?

If sales have increased due to increased costs then this really negates the impact of the value that the company is likely to see. Anybody can throw a chunk of money in a television, radio, newspaper or internet campaign to drive sales but the real sales which I am interested in is that which is organically generated, without those extra costs.

And this is exactly the case with Greggs. It turns out that it was actually a far simpler solution to raise sales with no marketing or extra costs and it was a solution that was sitting right under their nose. In simple terms, the company was able to increase its sales simply by reducing its queuing time and overall ‘customer experience’.  This has led to more traffic through their doors, a higher level of repeat business and a greater willingness by those inside the shop to spend more money per trip. In a nutshell it was a few, small changes with a big impact.

That does question of course why Greggs didn’t do this before but let’s leave that point to one side for now.

Let’s focus on the positives here – how many businesses do you know of which you suspect might be operating just like Greggs. Shops and some retail outlets I think are some of the worst offenders which is why so many companies in this sector are going to the wall. I mean you only have to walk into some of these department stores and you will see the huge amount of wasted resources, whether that is excessive inventory, inefficient use of floor space, poorly designed displays, too many staff and so on.

That’s where Greggs was not so long ago.

The last time that I went into a Greggs store it was in the City, and I remember a poor shop layout, a disinterested person serving behind the counter, and unclear pricing on most of their food items. Also, and despite there only being two other customers in front of me, it must have taken me at least ten minutes to buy a sausage roll, which obviously put me off from going there again (although the roll was to die for).

Investing now is only for the brave (or stupid)

Now whilst I am obviously discussing Greggs in some favourable light please don’t take this as investment advice because that’s not what this is; it’s just an opinion. And remember that even though I like the company, I’m still absolutely not a big fan of buying anything right now because of the negative sentiment. In fact, the only reason that an investor may want to buy now is because of a possible short-term rebound over the Christmas period. The so-called ‘Santa Claus’ rally has a way it seems to defy the odds of logic and this year may be no different.

And if that’s you and you were going to invest anyway then great – go and try to find companies that ironically are being run so badly that there is now a lot of upside potential within them. That’s better than investing in those companies which are perfectly tuned, highly synchronised and already operate from a ridiculously efficient business model. I’m thinking of companies like Starbucks, Pret-A-Manger and McDonalds.

In terms of strategy it is also worth noting that as a result of the recent price jump, Greggs is now running on a Price-Earnings ratio of above 20, which is not only above the sector-average, but moreover is also red flag for the strategy that I use when looking for a value investment play. However, such is my confidence in this stock that I have now moved Greggs from an investment play to a momentum play. It’s a subtle shift with far reaching consequences because my analysis will now allow me to trade this company with a different and less restrictive set of parameters.

And as to my clients? – well I have made the decision to let this one run for them in the expectation that it will continue to do well over the festive season.

Tis the season to buy Cranswick

But if you think that you may have missed the boat on Greggs then another company that I don’t mind putting my credibility to and which has historically done very well over the Xmas period is Cranswick, the FTSE250 supplier of premium fresh food including finely cut meats.

You see, Amazon may be taking over the rest of the retail world and is largely responsible for the slow down seen in the high street, but the one area which it hasn’t yet been able compete with, is that of fresh food. People still prefer to walk into a shop or to order from their local butcher or greengrocers, because they want something fresh and of high quality.

Therefore, and despite the brilliance of the Amazonian model, and it’s without doubt brilliant, nobody is going to want to have their fresh, delicate food boxed up in some over-sized warehouse miles from anywhere, before being thrown unceremoniously into the back of a van, and then onto your doorstep by an impatient delivery driver.

Whether you invest or sit out of the markets for this Christmas, I will end with this final point. Unless there is a dramatic change in the political and economic landscape, the market is almost certainly still heading South, and so I would still be very wary about investing with or without Santa’s helpers. I you do decide to invest then you should still do so with extreme caution and with a short-term outlook.

For those of you who wish to register for my free webinar, the date has been finalised as Wednesday 5th December at 7pm. If you can’t make it don’t worry, I have asked my IT people to be kind enough to provide a recording to be watch afterwards. You just won’t be able to ask any questions of course.

To reserve your place email info@londonstonesecurities.co.uk. If you can’t make it but would like to see a copy of the recording once it’s ready, then email the same address with your request.

In the webinar I will be explaining the top 5 mistakes that investors make when trying to protect their share portfolios, including the number one mistake of selling – yes, that’s right, ‘selling’ your shares is the worst thing that you can do if you are concerned that the market is going to crash. And unsurprisingly that is the number one mistake that investors make.

I will also show you the 7 best ways to protect your portfolio (none of them include selling).

See you on Wednesday and go easy on those sausage rolls, however tasty they are.