The electric vehicle maker Tesla sits at the cutting edge of change in the automotive industry. It is the leading light in the sector’s transition away from petrol and diesel usage. And yet, for some time, investors have had a love-hate relationship with the company. Much of that comes down to how they view its maverick Co-Founder and CEO Elon Musk. At the helm since 2004, Musk has had a long-term strategic goal to create affordable mass market electric vehicles. His challenge was to start with a premium sports car aimed at early adopters and then switch into more mainstream vehicles, including saloons and affordable compact cars. However, this vision has been at the core of much of the tension between Musk and the investment analyst community, many of whom are still unconvinced that an inexpensive vehicle can be produced on a large scale. Musk has not hidden his dislike of Wall Street and how it views the company. And as he has consistently shown, he is no follower of convention or tradition. But given that he still owns 20% of the company, Tesla’s fortunes remain entwined with his involvement. Recent company performance has been supportive for the share price. For much of March, it seemed entirely possible that the Coronavirus could pose an existential threat to Tesla. The company had temporarily shut factories and was facing a rapidly deteriorating economy. But while the company is not yet out of the woods, Musk helped steer a near-term positive course for Tesla having reported quarterly net profit of $16 million. 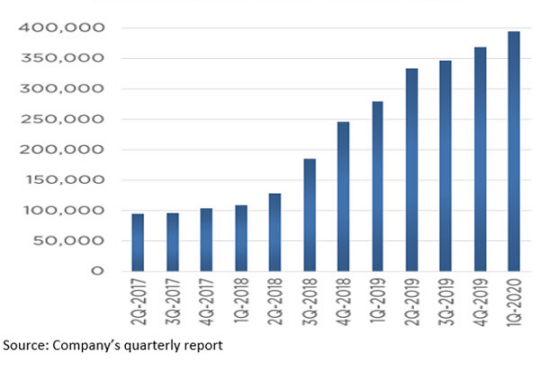 All investments involve risk and past performance will not necessarily be repeated and is no guarantee of future success. You should carefully consider in the light of your financial resources whether investing in stocks and shares is suitable for you.

This material has been prepared based on information believed to be accurate at the time of publication. Subsequent changes in circumstances may occur at any time and may impact the accuracy of the information.