This has been a quite a time to be an equity investor. The euphoria that opened the year on the back of a stellar 2019 has completely dissipated in recent weeks.  If COVID-19 wasn’t enough, we’ve now got a full-blown oil industry crisis driven by geopolitical tensions between Russia, Saudi Arabia and ultimately the US shale industry. We’ve got two black swans at the same time. In only 16 days, the US stock market fell more than 25%, marking the fastest time between a new record high and a bear market in history. The old record was set in 1929, when it took 42 days to achieve that milestone. During those volatile few weeks, the market also suffered its biggest one-day decline since the Black Monday crash of October 1987 – a feat it was to repeat soon after. At the same time, the FTSE’s All-World Index hit levels last seen in 2007. In terms of Europe, the FTSE-Eurofirst 300 Index fell to a level it first hit 22 years earlier. Japanese stocks are still far from their peak on New Year’s Eve 1989. Bull and Bear Markets

Source: S&P Dow Jones Indices     The coronavirus is clearly shaping the market conversation. But it was a lack of panic in the West surrounding the expanding epidemic that initially underpinned the selloff. The tone was set by US government officials who continued to refer to COVID-19 as “just a flu”, backed by a President who not that long ago suggested the virus was a Democratic Party hoax. In Europe, the move towards social distancing has gradually gathered pace to stop the spread. But not before major outbreaks had already taken grip of Italy and increasingly France, Spain and Germany. President Trump’s initial efforts to manage the spread by banning flights from most European countries reinforced the panic. Not only was the US failing to address the rising threat already existing within the country, it was stymying economic growth in the process through misplaced policies. With only about 2.8 hospital beds available per 1,000 people, compared to 3.2 for Italy and 4.3 for China, the US is ill-prepared for a breakout on the scale seen in those two countries. There’s a sense that the West had been far too complacent and was only now seeing the stock market react to what was clearly a bigger issue. For the man on the street, the seriousness of the virus only became relatable when it impacted sport and Hollywood. It’s as if investors finally got the message (and the full panic) when the NBA suspended its season and Tom Hanks contracted the illness. Still, sell offs this violent are often followed by big bounces along the way. When the US government declared a national state of emergency and announced a set of specific measures aimed at stemming the effects of the outbreak, stock market indices posted their largest single-day gain since October 2018. On that day, the Dow Jones Industrial Average rose 9.4%, or 1,985 points higher, the index’s biggest-ever points gain on a single day. The emergency declaration will free up as much as $50bn in financial resources to efforts by states to assist Americans affected by the outbreak. The European Central Bank and the Bank of England have also acted. But investors should not be seduced by the strength of stock price spikes. Institutional investors take any opportunity they can to sell into market rallies. This means retail investors should get used to violent market moves that appear to lack justification. That was made crystal clear after the Federal Reserve Bank once again cut interest rates in a surprise move, effectively cutting rates to zero. The market was again slammed, falling over 12.9%, 2,997 points and once again the biggest sell off since the Black Monday crash. It sent a clear message. Just because there’s additional liquidity in the market, it doesn’t mean that the virus will disappear any time soon, nor the dislocations to economic activity. And for all the weakness we’ve seen in the market, US stock markets are still only back at 2018 levels. If we really are now at the end of a bull market that had looked unstoppable since 2010, we should be prepared for more downside to markets, even if we do see a few feelgood spikes. That downside could also come with a recession. For longer-term investors, current market gyrations could turn out to be the opportunity they’ve been waiting for to get into good quality stocks. But that doesn’t make riding the market rollercoaster any more enjoyable. 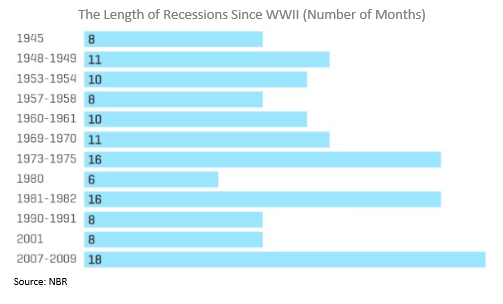 Risk Warning Disclaimer Although the author and publisher have made every effort to ensure that the information in this publication was correct at press time, the author and publisher do not assume and hereby disclaim any liability to any party for any loss, damage, or disruption caused by errors or omissions, whether such errors or omissions result from negligence, accident, or any other cause. Investments can go up in value as well as down, so you could get less than you invested. This Information does not constitute personal advice and you should speak to your financial advisor before committing to any pension product. Information in this document is for reference use only and its accuracy cannot be guaranteed and is subject to change.